Lay down your burdens

I've been meaning to write a few words about the LIM55 for the last few weeks but other than "It's great!", I can't think of anything else.

It's a tremendously good bag. Seriously, I can't fault it. Everything goes in with room to spare. The big, stretchy outer pockets take bottles, and tents, with ease. The roll-top closure is a piece of piss to use and that wee lid pocket is a work of quiet genius. 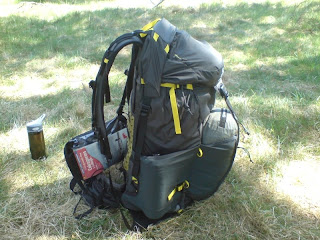 I hardly noticed it on my back. I put it on at the car and took it off several miles later with no adjustment in between. The harness and hipbelt are probably about the best out of any pack I've used and that includes the OMM packs I'm always banging on about. (Note probably. I need a few more trips yet)

Speaking of which, the OMM Chest Pouch fits nae bother and that makes me very happy indeed. That, and the wee pockets on the LIM's hipbelt, means that pretty much everything's to hand.

It does look like a sack o' tatties but I can forgive it that. Oh, and according tae The Boy, it goes with my boots, the Nike Tallacs. Matching bag and shoes? Disnae get better than that :o)
Posted by Big Kev at 16:02 4 comments: 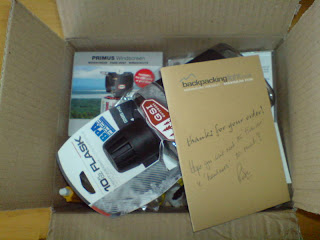 I'd hoped that the wee box from Bob & Rose would've arrived on Saturday morning but it showed up on Sunday. When did posties start workin on the Sabbath?
Posted by Big Kev at 12:23 3 comments:

It was all a bit last minute but, nearly a year to the day since the last time, me and The Boy headed to Braemar for a wee overnighter. We stopped off at Braemar Mountain Sports, stocked up on Honey Stingers and hit the road again. It's a nice wee drive up the glen wi' some splendid views. 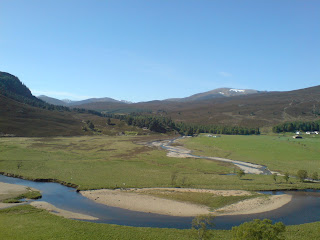 Passing the Aktomobile at Inverey, we turned into the Linn o' Dee car park in no time at all. Packs on, it was a long, hot walk up to Derry Lodge but we passed the time talking about Geography no less :o)

There were a few folk about but we'd got the Ignorant Bastards out the way less than 10 minutes from the car park and everybody else was all happy and smiley.

I counted 11 tents dotted about the lodge but our pitch from last year was free so we bagged it again. 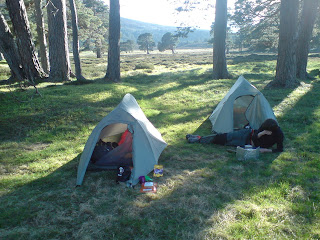 Tea, brews, banter and a wander up to the wee metal bridge followed. We hung about there for a bit and then walked back down on the opposite side of the river, spotting a deer, the only one we saw the whole trip. 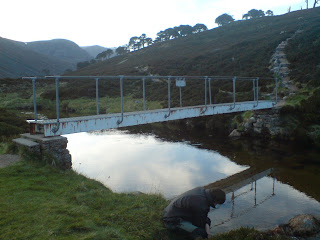 It was all very relaxing until The Boy turned his ankle less than 20 feet from the tents. A short period of parental panic followed. I was running thru' various scenarios including how to explain to the MRT why it was that my child was wearing glorified trainers out here in the wilderness. Happily, a platy of cold water wrapped round it seemed to work and the swelling wisnae too bad.

We turned in late and slept late. No rush. Breakfast was taken on the riverbank, in warm sunshine. Magic :o) 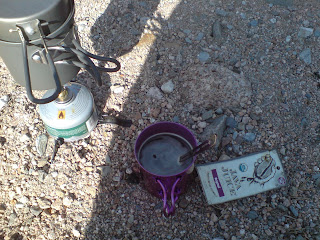 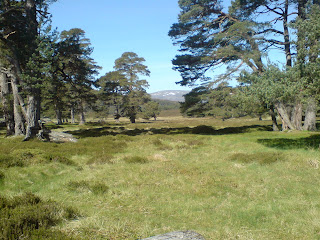 The walk back was a tad on the hot side to say the least but it was enjoyable in a slightly masochistic way. Sad to say, it was way too hot for me to even consider a burger from The Hungry Highlander but a can of cold Irn Bru and some of The Boy's Chips'n'cheese hit the spot.

We were home less than 2 hours later and my beloved, bless her, had organised a wee barbie for our homecoming. What a crackin' weekend :o)
Posted by Big Kev at 20:49 12 comments:

We were walking along in companiable silence when I noticed that I was mesmerised by my feet. Specifically, the wee puffs of dust that popped up with every footfall.

"You can actually see the heat rising", said The Boy.
"Aye. It's all a bit Foreign Legion", I replied. 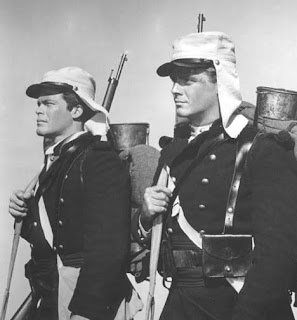 Grinning, we strode on; the miles back to the car disappearing under our dusty boots.
Posted by Big Kev at 12:24 No comments: