Good grief! Where does the time go?
Posted by Big Kev at 07:43 No comments:

My free sample of Deetfree natural insect repellant arrived today, courtesy of Outdoorsmagic and those nice people at Deetfree.com.

As you'd expect, there's no Deet in it. (Well, duh!: Ed) Good news for folk averse to covering themselves in chemicals. And it shouldn't melt plastic or damage man-made fibres either. It's a mix of various plant oils including Tea Tree and Eucalyptus so it smells great. 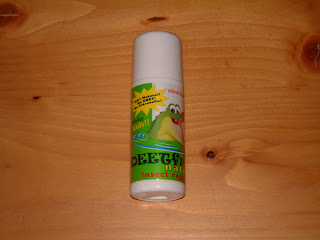 I don't expect it'll kill Midgies on contact but it'll probably make me smell a bit less palatable. It'll be interesting to see how it compares to Avon's Skin So Soft (Dry Oil) which I've been using for the last few years. With SSS, I found that the little buggers will land but not bite so all I have to put up with is that crawling sensation. Not nice but not as bad as loads of wee, itchy bumps. (Note to self: Buy a bloody head-net, this year!!!)

Looking on the bright side, if it wasn't for the Midgie, Scotland would be covered in thoosand's* of holiday villages.

I'm planning on heading out this weekend so I'll give it a go then. (I'll maybe pack the SSS as well tho'. Just in case like).

As a result of my dabbling with StatCounter, I've discovered that this here blog is visited by far more folk than I thought likely. You see, the blog was only ever intended for me, to inspire and motivate myself. I never thought for a minute that I'd be visited by folk from all over the world.

So, hello and welcome. I hope you enjoy coming here as much as I enjoy having you :o)

Edit : Apologies for the occasional use of profane language. We Scots can be a right coarse bunch sometimes.

Go wild in the country

I've just watched Landward (Fri 7pm BBC2 Scotland) for the first time in ages. (Thanks to the "heads-up" from Aktoman). I used to watch it on a fairly regular basis when it was transmitted on a Sunday and I enjoyed the mix of farming and general outdoors stuff that they put out.

I was particularly interested in Friday's show because they were going to cover the "contentious issue of wild-camping" here in Scotland. No surprises then that their idea of wild-camping and mine are vastly different.

The wild-campers in question are the folk who pull up their cars on, for example, Loch Lomond-side, unpack their Tesco tent, barbecue and carry-out and proceed to have a jolly old time around the camp fire (fuelled by whatever they can cut, break or otherwise get from the nearest available trees) and, when nature calls, either pish in the loch or take a dump behind the nearest available bush. (Providing it hasn't already been used for firewood, that is).

In the morning, if they can be arsed, they pack up their tent and go home, leaving their mess for someone else to clear up. That's what Park Rangers are for, right? Otherwise, they just get in the car and leave everything; tents, chairs, sleeping bags and rubbish, behind.

The really worrying thing is, Landward never interviewed what I would call a real, low impact, never-know-I'd-been-there wild camper or even gave a proper definition of wild-camping. Instead they talked to some fishermen, complete with massive tent and a cheery fire going, on the shores of Loch Earn. They claimed to leave the place as they found it, the inference being that they are proper wild campers.

The talking heads included somebody from the Ardvorlich Estate (Loch Earn, see above) and Fergus Wood of Ledard Farm. This last fellow was interesting in that Ledard Farm offers, among other things, "bothy-style" accomodation, at a price. Hmmmm.......

Hebe Carus, the Mountaineering Council Of Scotland's Access and Conservation Officer also had a say. Unfortunately, she didn't exactly put them straight on their definition of what is or isn't wild-camping. Instead she suggested that taking your litter home and burying your jobbies* was the way forward. Oh aye, and that we need a "camping code" and that perhaps we should be made to take our jobbies home with us, like they do in "other countries".

I feel an email to the MCofS and Landward coming on. They need to be put straight on what the difference is between a real a wild-camper and what I shall henceforth refer to as a Townie With A Tent, or T.W.A.T. for short.

If we're not careful, we could find ourselves staring down the barrel of access reforms and the kind of legislation that wild-campers in England and Wales currently "enjoy".

Foinaven isn't being promoted to Munro status. It's a whole 3m too short.

While we're on the subject of food; next to Samosa, this is one of the best things I've ever eaten in the great outdoors. Ideal in Winter, it gives a nitrous oxide-style energy boost that's hard to beat. Tastes absolutely brilliant too.

The recipe was featured in Trail magazine's Trail Kitchen feature many, many moons ago. I've since given the magazines away but I think I can remember the gist of it so I'm going to jot it down here afore I forget.

Method
Melt the butter in a heavy-bottomed pan.
Add brown sugar, syrup and cocoa powder and return to heat.
Stir until the ingredients have melted together to form a thin "chocolatey sauce".
Remove from heat.
Add the crushed digestive biscuits and stir all the ingredients together.
Empty into a greased, shallow tray and smooth down.
Stick it in the fridge and allow to cool.
Cut it into chunks, large or small, and enjoy.

You can add stuff like dried fruit or, and this is what I do, get one of those big bars of Galaxy, melt it and spread it over the top. Fan-bloody-tastic :o)
Posted by Big Kev at 12:13 1 comment: 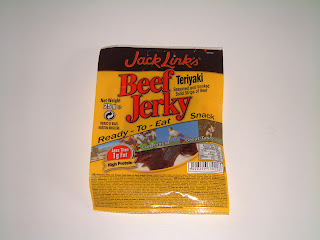 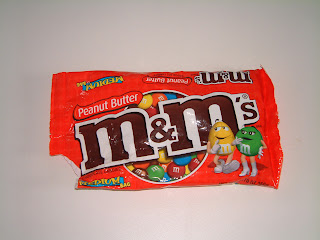 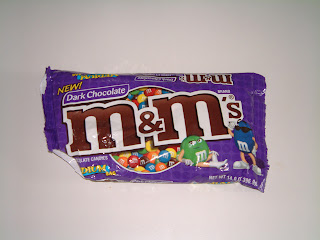